Lantmännen has appointed Niklas Lindberg new Head of the Swecon Business Area. Niklas succeeds Håkan Pettersson, who is retiring after 18 years as Head of Swecon. 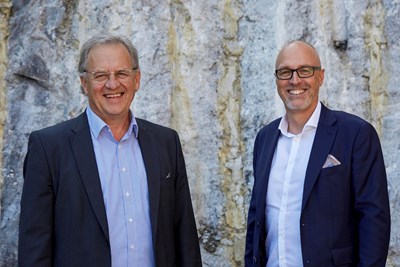 Niklas Lindberg, current CFO of Swecon, assumes his new position on October 1, and will be part of Lantmännen’s Group Management Team.

“I would like to thank Håkan for his excellent work for Swecon and Lantmännen. Under Håkan’s leadership, the Swecon business has expanded internationally, cooperation with Volvo has been strengthened – and the business area now plays a bearing role in the Lantmännen Group. I am also pleased to welcome Niklas Lindberg as Håkan’s successor: Niklas has a solid experience both from Swecon and previously, and represents continuity and stability of leadership,” says Per Olof Nyman, Lantmännen’s CEO and Group President.

Håkan Pettersson has been Head of Swecon since 2002, and before that worked at Volvo for 15 years. Håkan will remain as chairman of the Swecon Advisory Board, thereby being able to contribute to further development.

Niklas Lindberg has worked at Lantmännen for five years; the first two as CFO of Swecon Sweden, and after that as CFO for all of Swecon. Niklas earlier experience includes positions as Head Controller at Seco Tools, CEO of a metal company – and as Financial Manager for the IL Recycling Group.

“Swecon is a fantastic company, and I am very pleased to take over after Håkan. We have developed in a very good manner the last few years, but there are still several areas where we can be even better – and I look forward to leading that journey. My ambition is to preserve what makes Swecon so good, while also taking the next step along with Volvo – for example in terms of business models and new technology,” says Niklas Lindberg.

Pictures are available at https://www.lantmannen.com/newsroom/press-images/