Researchers at the University of Gothenburg have in a 10-year project developed a wheat that can be grown in soils with higher salt levels. In some cases, the studied wheat had a higher grain weight and better growth than comparable varieties.

Arable land in places such as Asia and Australia has been seriously affected by climate change. Due to rising sea levels, coastal arable land (such as in Bangladesh) is frequently flooded, increasing the soil’s salinity. “Globally, around 2,000 hectares of arable land disappears every day,” says Johanna Lethin, from the Department of Biological and Environmental Sciences, University of Gothenburg, who was awarded her PhD on salt-tolerant wheat this spring.

Globally, around 2,000 hectares of arable land disappears every day.

The indigenous wheat in Bangladesh has some salt-tolerance, so a moderate increase does not usually lead to greatly reduced harvests. However, coastal flooding can increase soil salinity to a level where only salt-tolerant crops can grow. In other words, developing salt-tolerant wheat is important for the ability to feed a continually growing population. The researchers in Gothenburg developed around 2,000 wheat lines from a Bangladeshi variety that is moderately salt-tolerant, BARI Gom-25, aiming to create a population with point mutations. The original material was used as a control when the researchers investigated how good the new lines were. 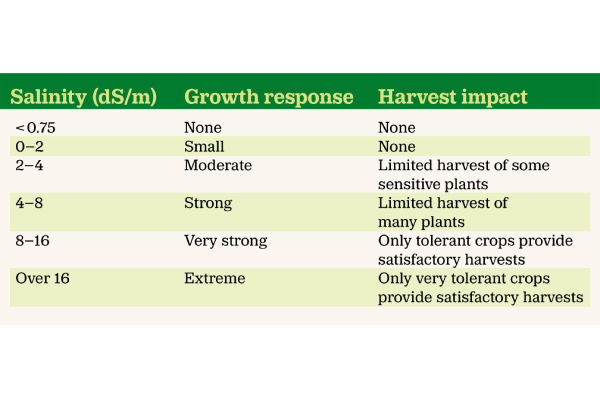 From the 70 lines that germinated better than the control, half were chosen for continued studies in Australia, where there is a high level of expertise in this field. “The Australian trials were conducted in controlled conditions in a gigantic greenhouse. Thanks to this, various wheat lines could be compared without interference from wind, temperature, uneven soil salinity or monsoon rains, which can happen when field trials are conducted outdoors,” says Lethin. One factor the researchers looked at was the level of salt in the leaves, and yield was compared with the control after cultivation in saline soils in the same growing conditions.

One of the lines distinguished itself through better growth, higher grain weight and lower salt concentration in the leaves.

In this issue, we interview researchers about future foods under the theme Food supply. Wishing you a pleasant read!