The high technology testbed aims to make agriculture both more environment friendly and more profitable. The first crops have now been harvested.

In September, winter oilseed rape, wheat, oats and barley were harvested from four different in-field strips at SLU outside Uppsala. Plenty of data have been collated during the entire growing period. Both from sensors in the ground, machinery used to work the soil and from satellites, weather stations and drones.

The aim of the testbed, initiated and managed by RISE, is to create an arena for cooperation around new technology for agriculture. Companies and researchers will now have the opportunity to develop new technology, new applications, systems solutions or fully data-driven innovations with the help of the testbed systems.

“We are 18 different parties involved in the project in total. What we are now going to do together is to develop a digital, standardised infrastructure for how data should be able to be processed and analysed in order to be used as a decision-making support tool for farmers,” says Jonas Engström, project manager at RISE.

Large volumes of information are already been generated in agriculture today, by both machinery and cultivation systems – but the overall analyses are still done manually, based on intuition and experience.

“With ever more precise decision-making support data, farmers can optimise their efforts to ensure steps are done at the right time and that what is done is neither too little nor too much,” says Engström. This can concern everything from when and how much you should water, sow and harvest, to preventing pest attacks on crops earlier with the help of information from drones, for example. Eventually, the systems being built up in the testbed should be able to be used to control automated machinery, robots and self-driving electric vehicles on a farm. 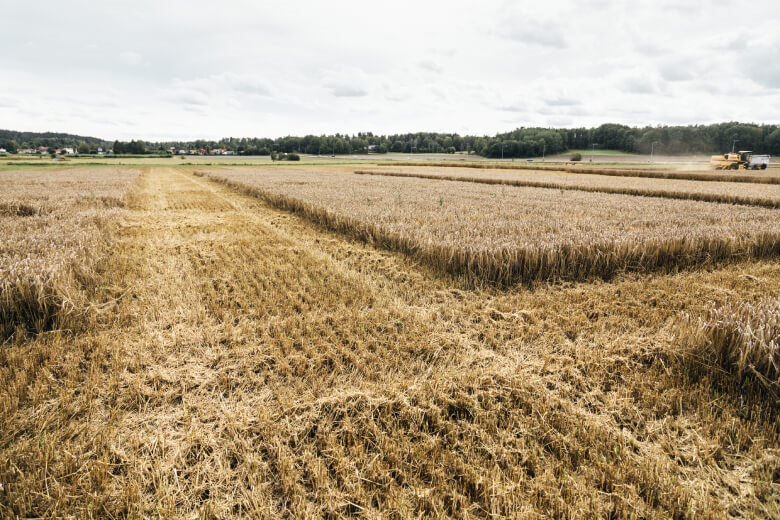 RISE is a Swedish public sector company that works with the public and private sectors and universities for the innovative development of society. Via different cooperative projects, such as the test bed in Uppsala, services, products, technologies, processes and materials are developed that contribute towards a more sustainable future and a competitive enterprise sector. The test bed for digitalised agriculture has been made possible with support from Vinnova and 18 other partners, including SLU, Lantmännen, Dataväxt, LRF, SMHI, Ericsson, Telia, Volvo Penta, Yara and Jordbruksverket.

Through the Paris Agreement we have a clear focus on tackling climate change and moving towards a fossil-free agriculture by 2050.

Sustainable cultivation methods are about making use of the best elements of different production methods and new technology, taking into acount local cultivation conditions and challenges.