“Many consumers want to shop locally, don't have the time".

There are more farmers and growers of various kinds in Sweden than many people are aware of. The problem is that it is difficult for them to reach out with their products and by extension, make a living. The startup FarmUp aims to provide a sustainable bridge between these producers and consumers, and have taken further steps towards success by being part of the the Lantmännen Greenhouse accelerator program.

Below, we share an interview with the CEO of FarmUp, Michael Degirmen, sharing the story of how they got here and the bright future he and his team envisions for locally produced food.

It all started with a dad from Turkey who constantly moaned about the anonymous vegetables and vacuum packed meat in Swedish food stores. Shopping for food in Sweden was so different to what he was used to in the Turkish countryside, where he knew who grew the best tomatoes and where animals were well cared for. The solution in Sweden was his own allotment, but this did not put a stop to his complaints, and Michael Degirmen inherited his father’s desire to know what he was eating and who had produced it. And at the same time, he knew there were smallholders even in Sweden.

When he started to study Game Design at Uppsala University Campus Gotland, he saw an opportunity to bring together technology students with different kinds of specialist knowledge to develop a solution to the problem. In partnership with three other students, he founded FarmUp, an app that aimed to make it easier for smallholders and consumers to get in touch with each other, and without taking advantage of these producers.

“Many consumers want to shop locally, but do not have the time. They want to be able to shop online and collect their order or have it delivered. And it is this service that we want to provide and turn into a sustainable business.”

Michael Degirmen is CEO of FarmUp. The service was launched on Gotland last autumn and they have since brought the service to the mainland this year. Only now, after three years of development work, is the technology ready to enable the business to scale up. And there appears to be a need for it, Degirmen believes, as he is convinced that interest in sustainable food, in the shape of locally produced food, is going to grow sharply. 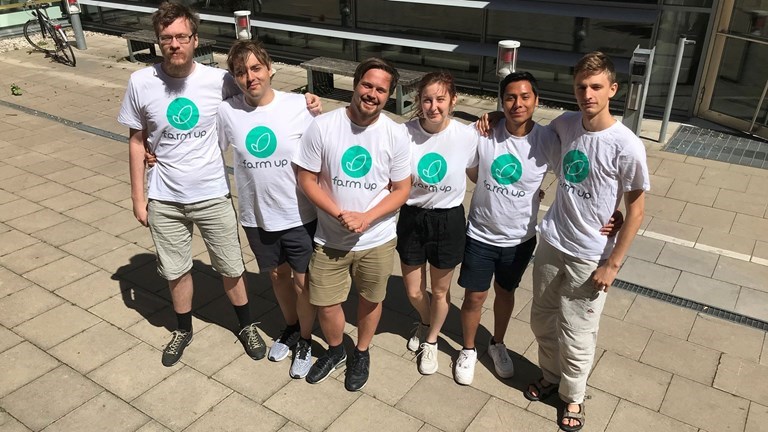 Michael Degirmen (2nd from left in the image above), is CEO of the startup FarmUp.

“When hoarding during the pandemic resulted in empty shelves in food stores, people started to realise that Sweden is not that great at self-sufficiency, and everyone suddenly wanted to shop locally. It is brilliant that there is a growing interest in this, as there is so much food close to hand that is both more sustainable, tastier and healthier for you.” 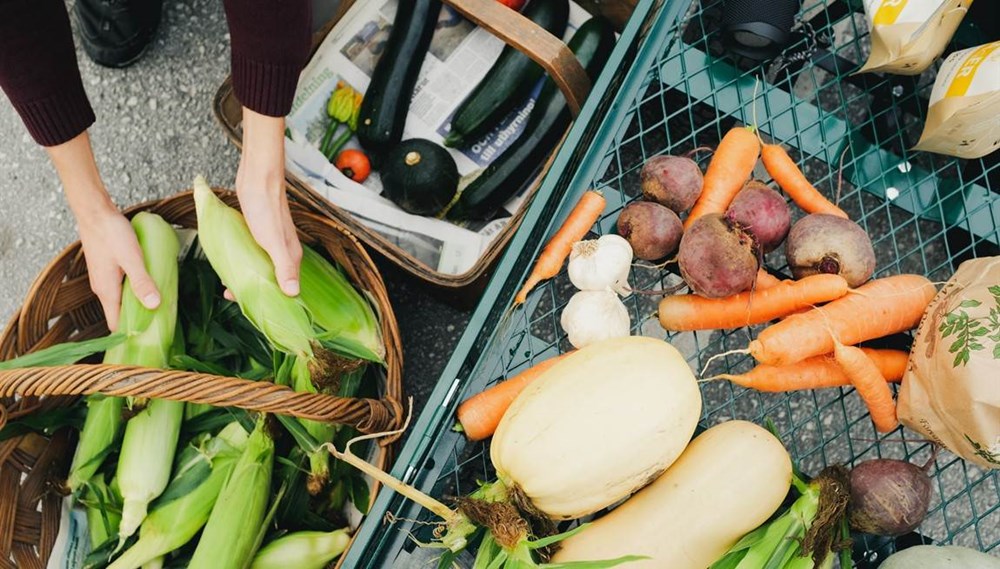 FarmUp aims to combine new technology with the old way of shopping directly from farms.

“As long as food was available, the producers were happy to sell, but often they felt they were being exploited. Reko Ring [editor’s note; a Scandinavian farmers’ market model that advertises and sells on Facebook] started in an attempt by producers to take the power into their own hands. This was the concept we looked at, but we want to give producers and consumers a platform that they deserve, as Facebook, that they had been using, was not designed for this purpose. We finalised the technology for home delivery this year.” 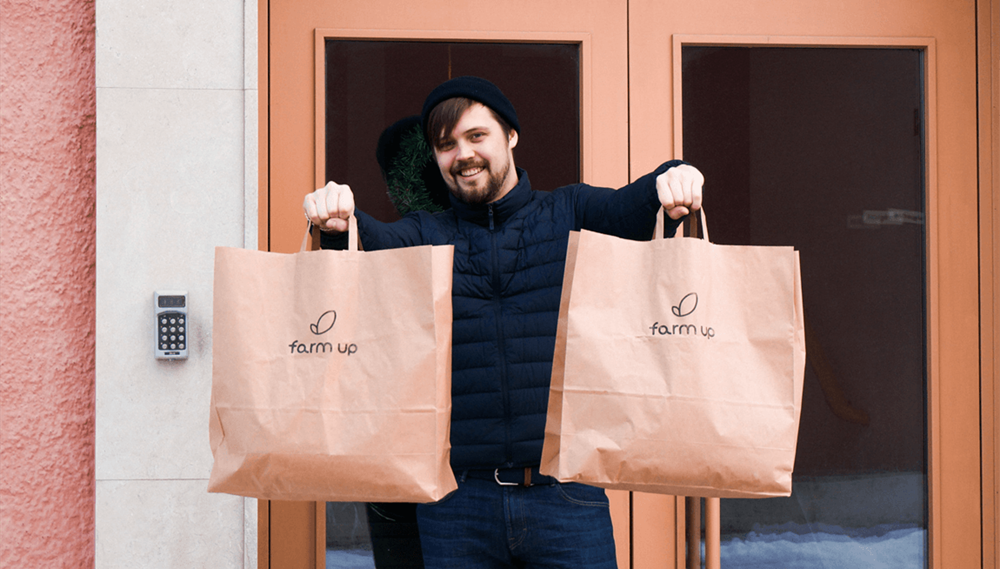 One big challenge for the students at the beginning was to even contact producers.

“Many of them thought we were yet another party that was looking to profit from them. And over the phone, you sound like someone from a call centre in Stockholm.”

Thanks to a couple of keen and courageous producers, including a local oyster mushroom grower who had made the news when he had to throw away half his production, who decided to first meet them and then join the scheme, FarmUp has slowly built up a network. They now have around 70 producers today.

“They are the heroes, we are the tool,” says Degirmen.

Via FarmUp, you can buy everything from eggs to jam, but above all vegetables and meat, plus unique products such as plant-based sausages from Gotland. 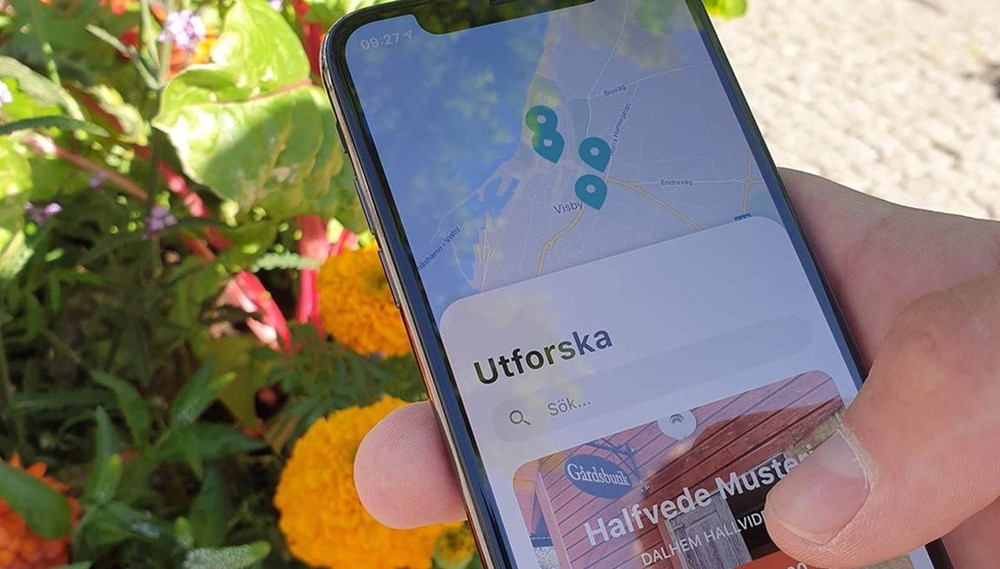 “The range differs from region to region and each host, who manages their own page, can choose from categories such as Reko Ring, Market and Farm Shop respectively, that spans everything from sole traders to an unlimited number of producers.”

The philosophy behind Reko Rings is to eliminate the middlemen between producers and consumers. The model FarmUp offers is therefore free (external costs are shared between the consumers and producers) all the way to home delivery, that is not available with Reko Rings. If you want to add this, delivery charges and commission apply. FarmUp has decided on this business model in the Lantmännen accelerator.

“Before we joined the LM Greenhouse, we had not attracted any Reko Rings. We had thought that our service where we acted as a contact broker would be enough on its own, but we have arrived at where we are now via testing and experimentation.”

What insights have you made in the LM Greenhouse?

“What has been best and most important of all for us, has been the interviews we have been able to get with people at Lantmännen, where we have had the chance to bounce ideas back and forward and further develop them. This has meant we have been able to make better decisions. We already had our ideas and agile working, what we needed was a sounding board in the form of extremely knowledgeable and honest people who told us what would and what wouldn’t work. We really appreciate the fact that these experts, with very tight schedules, prioritised an external company such as ours, they were genuinely interested and wanted to help us.”

How did you come in contact with the Greenhouse?

“I had an idea that there could be potential contacts at Lantmännen. I called reception and explained what we are doing and they connected us to the right people, who immediately said “you must join our accelerator”. That was a month before the programme started. So I called for one reason and ended up with something even better.”

What do you want to achieve with FarmUp?

“Our aim is to expand the service to add different ways to sell products. That was our thinking from the word go, to continue to build on what we have instead of ripping it apart and rebuilding it. We support sales outlets such as Reko Rings, markets and pop-up stores today, plus farm shops and home delivery. Our dream is to be able to sell everything you produce via FarmUp, at a fair price. We have now set our sights on a B2B system, to sell to restaurants.”

What does your dad think about FarmUp?

“He thinks it is fantastic. And he is amazed that we have been able to build it successfully. We graduated in 2020 and we already have this company and hopefully a partnership with Lantmännen. We could be the final piece of the puzzle for smaller producers. This was how Lantmännen started, in bringing together farmers that would be stronger together. And today, when we talk about small producers, FarmUp thinks much smaller than Lantmännen does…