Madelaine Hellqvist Kongstad has been appointed new Communications Director at Lantmännen. Her responsibilities will include external and market communications, and the development of Lantmännen's brand. 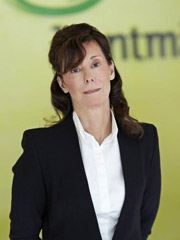 Madelaine Hellqvist Kongstad most recently comes from the position as Head of Market Communication and Brand Management at Lantmännen, and has served as Acting Communications Director since May, 2013. Madelaine will assume her new position immediately, and will continue to report directly to Lantmännen's Group President and CEO, Per Olof Nyman.

"Madelaine has extensive experience from our business, and will continue to play an important role in Lantmännen's development and profiling, now with a broader range of responsibility. During her seven years at Lantmännen, she has led our major rebranding, and has developed and strengthened the Lantmännen brand. She brings strategic thinking and business acumen to communication issues, coupled with a strong capacity for implementation. During the recruitment process, we have looked at both internal and external candidates, and concluded that Madelaine best fits the profile we are looking for," says Per Olof Nyman, Lantmännen's CEO and Group President.

Madelaine has worked at Lantmännen since 2006, when she stepped into the newly created role of Head of Market Communication and Brand Management. Since then, she has led the efforts to renew and develop Lantmännen's brand, and to position Lantmännen clearer with consumers.

"I look forward to continuing the work of developing Lantmännen's communication. Lantmännen is owned by 33,000 Swedish farmers, has extensive investments in research and development, and a stated ambition to take responsibility from field to fork - which in combination creates a unique and solid foundation for our future communication. There are many dimensions that I think we would benefit from highlighting further, that connect to how we both deliver good food - and help strengthen the businesses of Swedish farmers," says Madelaine Hellqvist Kongstad.

Madelaine has previously worked as Marketing Director at Swedish commercial TV channel TV4, and as responsible for market communication and brand at Sweden Post.