Lantmännen's profit for 2013, after financial items and adjusted for items affecting comparability, amounts to 683 MSEK (565 MSEK). In the last third of the year, a write-down of 800 MSEK was made of the ethanol plant in Norrköping. Lantmännen's full-year profit after taxes amounts to 100 MSEK (412 MSEK). 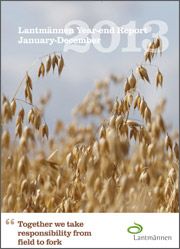 Lantmännen's profit for 2013, after financial items and adjusted for items affecting comparability, is an increase of 118 MSEK over the previous year. The higher operating profit is mainly due to improved profits in the Food Sector, and a significantly improved net result from financial items.

Cash flow for the year, before financing activities, amounted to 2.45 billion SEK, and Lantmännen's net debt was sharply reduced to 4.96 billion SEK (7.51 billion SEK). The equity ratio at year end was 42.5 percent (41.5), which is the highest level in ten years.

"We are a stronger, better-functioning Lantmännen today than we were a year ago, and we have – despite the write-down of the ethanol plant – further strengthened our financial position," says Per Olof Nyman, Group President and CEO of Lantmännen. 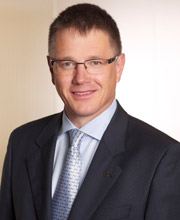 Items affecting comparability have had a negative impact of 598 MSEK on the result: the largest items consist of a 800 MSEK write-down of the value of the ethanol plant in Norrköping, Sweden - and a capital gain of 425 MSEK from the sale of Lantmännen Kronfågel.

Write-down of the ethanol plant, and the formation of Scandinavian Standard
The Swedish government’s decision to introduce new financial instruments for biofuels in Sweden, combined with an uncertainty about the long-term climate and energy policies of Sweden and the EU, are deemed to dramatically affect the long-term prospects for Lantmännen's ethanol business. As a consequence, Lantmännen's Board of Directors has decided on a write-down of 800 MSEK of the facility's value. The entire amount has been charged to the profit of 2013, and has no impact on Lantmännen's cash flow.

In 2013, Lantmännen Kronfågel was sold to the newly formed company Scandinavian Standard, of which Lantmännen owns 46 percent. The transaction generated a capital gain of 425 MSEK, and a reduction of Lantmännen's net debt by more than 1 billion SEK.

The Sectors' full-year results
All figures below refer to the full year 2013, and are adjusted for items affecting comparability. The previous year's figures in parentheses.

The Agriculture Sector reports an operating profit of 105 MSEK (165). The result has, among other things, been negatively impacted by costs associated with the relocation of feed production from Helsingborg to Falkenberg, and by extra costs resulting from large logistics problems with soy shipments from Brazil.

The operating profit of the Machinery Sector amounts to 255 MSEK (300). The total market for both agricultural and construction machinery in Sweden has been declining during the year, with lower sales, which has negatively affected earnings. During the year, Lantmännen has strengthened its market shares in both agricultural and construction machinery.

The Energy Sector shows an operating loss of -46 MSEK (-21). The decreased result is almost entirely due to a lower operating result in Lantmännen Agroetanol, where the unfavorable price situation for ethanol strongly has affected profitability. Lantmännen Agroenergi has greatly improved its result, and Lantmännen Aspen delivers a better result than last year. 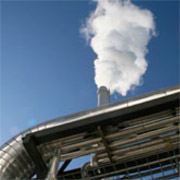 The operating profit in the Food Sector amounts to 480 MSEK (314). All of the sector's businesses have improved their operating profit for the year, despite continued challenges and fierce price competition in the market. The improvements have primarily taken place within planned action and efficiency programs, coupled with new marketing initiatives and innovative product development.

Lantmännen Real Estate's operating profit amounts to 149 MSEK (140). The business continues to perform well; efforts to optimize the Group's property use, and increase the share of external tenants, will continue as planned. 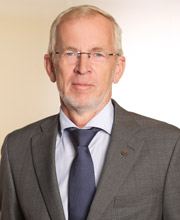 "With this year's dividend proposal, the Board wants to highlight Lantmännen's strengthened financial position. Compared to previous years, the dividend level is stable, but this year we propose an alternative allocation: without a contribution issue, but with a higher dividend directly to the owners," says Bengt-Olov Gunnarson, Chairman of Lantmännen's Board of Directors.

"Despite the relatively weak market conditions, the result from our business operations is higher than last year, and our financial position has been significantly strengthened during the year. This gives us a very solid foundation to build on for the future. Our ambition, both in the long term and for the near future, is to build a strong, responsible, and competitive company with its roots in Swedish agriculture," says Per Olof Nyman.

The year-end report in its entirety is available at www.lantmannen.se/finance.