Jan Henriksen, CEO Lantmännen Unibake, has decided to resign from his position to explore other career opportunities outside the Lantmännen Group.

"I regret Jan's decision to leave Lantmännen Unibake, which has been undergoing significant and important changes under Jan's leadership. However, I respect Jan's own decision to pursue other career opportunities. Jan joined Lantmännen as CEO of the Kronfågel Group in the beginning of 2009, and was instrumental in the turnaround of that business. He was after that appointed as CEO of Lantmännen Unibake in January, 2012 - and has made many important contributions to Unibake during his time as CEO. I would like to take the opportunity to thank Jan for his contributions to the Lantmännen Group, and wish him all success in his new career," says Per Olof Nyman, Group President and CEO of Lantmännen. 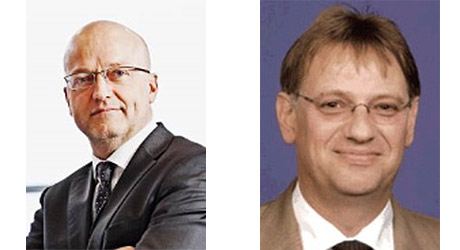 Replacing Jan on an ad interim base will be Werner Devinck, currently MD of Lantmännen Unibake UK. Werner has extensive experience in major leadership positions within Philips and Whirlpool, and brings significant international experience into the role. His previous career includes MD roles in Benelux, Poland and Germany - and region VP roles for both the Germanic Markets and the European Markets for Whirlpool. He has also been responsible for ERP implementation programs including leading supply chain strategy work, as well as finance strategy implementation - all on an European scale. Werner is fluent in Dutch, English, German and French - and lives with his family in Knokke-Heist, Belgium.

The change in leadership at Unibake takes place immediately. The recruitment process to identify a permanent replacement for Jan Henriksen has started. Werner will in addition to his ad interim position as CEO for Unibake continue to act as MD of Lantmännen Unibake UK. Werner’s focus will be to continue the execution of the ONE Unibake Strategy.