Lantmännen’s result after net financial items for the first four-month period of 2020 amounts to 447 MSEK – a clear improvement compared to last year’s result of 335 MSEK for the same period. 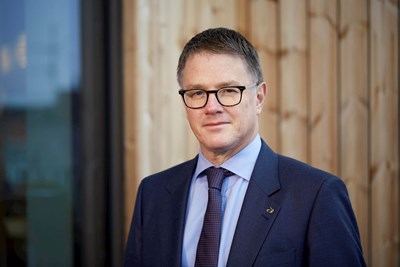 ”Lantmännen’s good development has continued in all sectors and business areas until the outbreak of the coronavirus in mid-March. The impact of the pandemic has been most significant in the Foodservice segment in Lantmännen Unibake, and within Swecon. The Agriculture and Energy Sectors, as well as Lantmännen Cerealia, have all strengthened their results compared to the previous year,” says Per Olof Nyman, Lantmännen’s CEO and Group President.

The figures below refer to operating income. Last year’s result in parentheses.

The Agriculture Sector reports a significantly higher result than the previous year: 104 MSEK (-28) – however, the first half of 2019 was significantly impacted by the consequences of the 2018 drought. Volumes in all of the sector’s businesses have developed positively during the period. Spring tillage has gone well, and there are great hopes for a good harvest. Demand for feed remains strong for all species. Lantmännen Maskin has launched a new e-commerce solution during the period.

The Energy Sector’s result amounts to 133 MSEK (52) – a clear improvement compared to the previous year. Lantmännen Agroetanol’s result is higher due to increased production and a more favorable price relationship between ethanol and grain during the beginning of the year. Lantmännen Reppe continues to develop positively – in March, the company switched its distribution to include deliveries of raw material for production of hand sanitizer and desinfectants. Lantmännen Aspen experiences continued strong demand in the Nordic countries, but the result in particularly the French operations has been negatively impacted by lockdowns due to the corona pandemic.

The Food Sector reports a lower result than the previous year: 190 MSEK (239), which is mainly explained by lower Foodservice sales in Lantmännen Unibake due to the corona pandemic. The largest sales decline has occurred in markets where customers consist mainly of hotels, restaurants and fast food chains. Lantmännen Cerealia has continued to improve its result, both through increased demand for consumer products and the improvement program that has been implemented over the last year.

Swecon Business Area’s result is lower than the previous year: 123 MSEK (139). During the period, Swecon has strengthened its market share in Sweden further, and the German and Baltic operations are also developing positively. The total market and order intake has been strongly affected by the covid-19 situation, and Volvo has chosen to keep all or parts of its production closed since the end of March.

The Real Estate Business Area reports a result, excluding capital gains, of 75 MSEK (71). Major projects are proceeding as planned, including the construction of Lantmännen’s new offices, housing and retirement homes in Malmö, and the construction of a new facility for Lantmännen Maskin in Vara.

”At present, it is impossible to assess the total consequences of the corona crisis, but my view is that Lantmännen as a company is well prepared to deal with the crisis. The good results in recent years have contributed to our strong financial position, and our broad business portfolio is a strength in uncertain times. Another success factor is our responsible and solution-oriented employees, who do a fantastic job. All in all, I am convinced that we will meet the challenges we face and emerge as an even stronger company,” says Per Olof Nyman.For more information, please read the entire interim report, which is available at https://www.lantmannen.com/about-lantmannen/financial-information/interim-reports/. Images are available at https://lantmannen.com/newsroom/press-images/.

This information is information that Lantmännen ek för is required to disclose under the EU Market Abuse Regulation. The information was submitted by the above contact persons for publication at 08:00 CET on June 3, 2020.