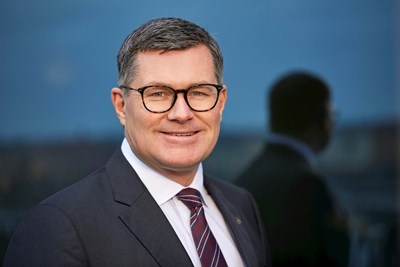 “We have the ambition to profitably grow our businesses, while also facing an expected recession. With that in mind, I’m happy to announce that Magnus, with his solid leadership experience and strong industrial expertise, will be taking on an expanded leadership role– thus strengthening the group’s senior management further. The new role is also an important step in strengthening our focus on the entire group’s grain supply chain,” says Per Olof Nyman, Lantmännen’s CEO and Group President.

Magnus retains his position as Head of the Energy Sector, and will continue to report to Lantmännen’s CEO and Group President, Per Olof Nyman. Elisabeth Ringdahl – Head of the Agriculture Sector – continues in her role, but will report to Magnus in his role of COO going forward.

“I look forward to taking on this expanded leadership role, as well as the opportunity of working with more group-wide issues – and strengthening cooperation between sectors. Elisabeth Ringdahl and I will work closely together on important issues such as grain supply, and I also look forward getting closer to the businesses in the Agriculture Sector,” says Magnus Kagevik.

Both Magnus and Elisabeth will remain in Lantmännen’s Group Management Team. The change will take effect on May 1.

Images are available at https://www.lantmannen.com/newsroom/press-images/.